It’s hard to remember the days when we didn’t have Facebook. There’s about a billion+ of us who use it. Many are addicted. It’s possible I’m borderline addicted; maybe that’s self-denial. If I really wasn’t addicted I could give it up in the morning. Seriously, I could. If I sound like I’m trying to convince myself, it’s probably because I am. Trying to convince myself, that is.

There are many who measure themselves on that magic number – the number of “friends” they have. Doesn’t matter if it’s Tesco, the dry cleaner down the road, the woman who does my nails, that famous comedian; they all count. I’ll bet most of you know (to within 10 or so) exactly how many FB friends you have right now. Be honest.

Having a lot of friends also has its downside – they all like to share. Whether directly or indirectly, you will see quite a lot of “material” flow up through your Timeline. Some will interest you; more will not. There are filters available; filters for apps, for pages, for stories, for people and more. If someone is constantly spewing and you don’t want to know any more, you can block them. They won’t know about it and it’s easy to do (and to undo). Or you may choose to “unfriend” them. This is slightly more drastic. Again, they won’t know they are no longer on your list, at least not at first, but when you start to appear as a friend suggestion on their page, they will soon work it out. 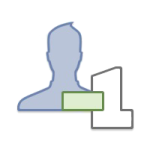 Which brings me to my point. Five years ago it was a safe bet that the word “unfriend” was never heard by human ears. Now it’s a real thing. A thing in the virtual world, but a very real thing. It has a damaging payload – an insult with a real world analogue. What you’re saying (whether or not you want to) is “I’m closing the door on you.” It’s a definitive, perceptible statement to the other person; unlike saying to yourself “I won’t bother with him anymore” which is far more passive.

I’ve had some Unfriend experiences and been on both sides of the fence. My first was when I worked out that one of my FB acquaintances (word chosen for accuracy) was stirring it up between me and a real-world ex-friend, based on some thinly-veiled comments I had made. I made a conscious decision to unfriend that person. I was happy with the consequence of their knowing I did that; I hoped it made a statement. You might argue it was a little cowardly of me and maybe there’s some truth in that; but there was nothing positive to be gained from a confrontation; there were still many connections between me and my new Unfriend, and others I cared about would have been directly and adversely affected.

A more recent experience I had was when another in my circle (apologies to Google+), who was responsible for some awful output and had been blocked my me, decided to add a snide comment to one of my pearls of wisdom. My own curt response (again, words chosen carefully for impact) more or less challenged that person to make a choice. Without using the words, I was saying “well, there are easy ways to stop seeing what I have to say”. About a week later, I saw their photo in my suggestion list. Wow! I was unfriended. Deliberately and definitively. I was a little unsettled, for a short while anyway, but I got over it quickly. I suppose I was surprised that my comment (which you could certainly call a challenge) had a direct consequence. Surprised too that they didn’t just block me, they Unfriended me.

I had seen, prior to that, that one person I knew a long time ago had done the same thing but that was something I shrugged off in a moment. I guess the degree of closeness to your Unfriender (or Unfriendee) is proportional to the degree of Hurt felt. I’m sure I could call this Alan’s Law and become famous. But I’ll leave that.

Another Unfriending I beheld as an observer. Someone close to me, whom I’ve known since babyhood, decided to unfriend all five of her grandchildren. I don’t know why. It caused quite a hubbub amongst them; mostly disbelief, heaps of scorn, topped with more than a little disdain. And at the back of it all, I’m sure, a generous helping of hurt. I have no idea what the actual intent was; I don’t know why it happened; I do know that other observers who are closer than me to the Culprit will take sides (against them) and that some real and lasting damage was done. Regardless of the intention.

Is it simply down to a choice: Block or Unfriend? Scary new territory with new rules and new consequences. And what impact to those in the business world introducing social to the game?

Your thoughts and comments on this topic are most welcome.

Cloud computing professional, amateur drummer and other things. Doesn't take himself too seriously. He's got a fever ... and the only prescription is more cowbell.

2 thoughts on “The Verb “To Unfriend””